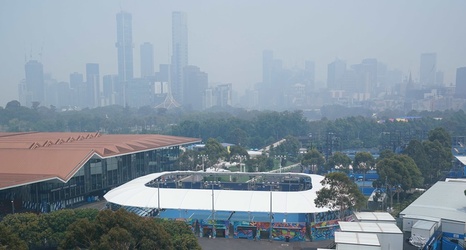 Air conditions in Melbourne, Australia have been considered hazardous and delayed play on the first day of qualifying matches during the Australian Open. Slovenia's Dalila Jakupovic went into a coughing fit during her match against Switzerland's Stefanie Vögele and was forced to retire despite leading through two sets.

"I was really scared that I would collapse," she said, according to The Guardian. "That's why I went on to the floor because I couldn't walk anymore. I don't have asthma and never had breathing problems."

Eugenie Bouchard won her match against You Xiaodi in three sets but had to overcome chest pains that she described as "spikes in her lungs," according to The New York Times.