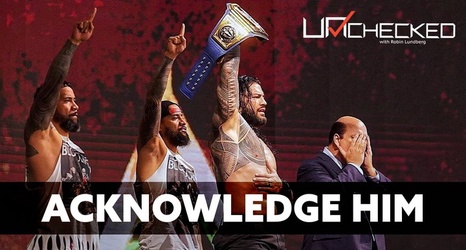 This week’s SmackDown offers another chance to see the top tag team in WWE: The Usos.

Twin brothers Jonathan and Joshua Fatu—best known as Jimmy and Jey Uso—come from one of the business’s most notable families and have committed their lives to pro wrestling. Their father is WWE Hall of Famer Rikishi, and they were also especially close with their late uncle, the great Umaga. Their cousin, Joe Anoa’i, is current WWE universal champion Roman Reigns. At 36, both seasoned and experienced, the two brothers have made themselves into integral parts of WWE’s on-air product.

The reigning SmackDown tag champs, The Usos are also key players in The Bloodline, which is the dominant group in WWE led by Reigns and his special counsel Paul Heyman.