Why Did Ben Simmons Pass Up This Wide-Open Dunk? 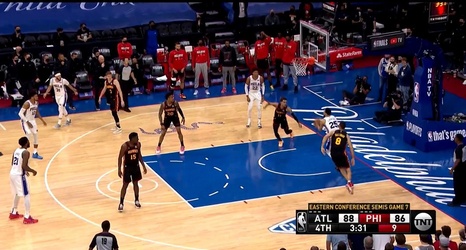 It would be silly to blame one play with three-and-a-half minutes left for the Sixers’ Game 7 loss to the Hawks, but Ben Simmons’s decision to pass up an easy dunk was emblematic of the series he had.

With Philly trailing 88–86, Simmons backed down Danilo Gallinari and spun around him, putting him in the shadow of the rim with only Trae Young in front of him. Simmons could have gone up strong for a dunk that would have tied the game (there’s no way Young could have stopped him) but instead he passed the ball to Matisse Thybulle, who got sandwiched between Gallinari and John Collins.