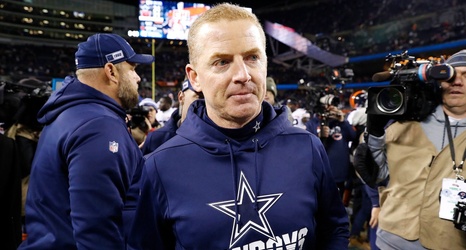 Jason Garrett has an 83-66 record in his time coaching the Cowboys.

If Thursday night’s ominous press conference following a lopsided loss to the Bears signaled anything, it’s that this may be the end of Jerry Jones’s pragmatic period.

Considering the history of the modern Cowboys, Jones grooming Jason Garrett as a head-coach successor, drafting the bones of a generationally great offensive line (and not Johnny Manziel) and wisely extending some of his foundational pieces through a sensible point in the not-so-distant future was one of the least turbulent stages in Jones’s tenure as owner.