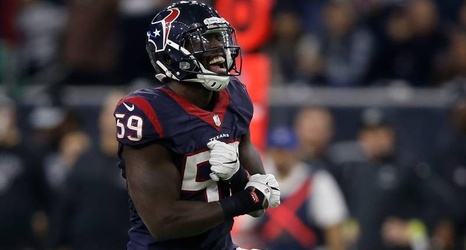 Edge-rusher Whitney Mercilus and the Houston Texans reportedly agreed to a four-year contract extension on Saturday, according to ESPN's Adam Schefter.

Mercilus had been in the final year of his contract and was slated to become an unrestricted free agent in the spring.

According to Pro Football Reference, the Illinois product is one of 29 players to rack up at least 50 sacks over the past eight seasons.