White Sox DH Yermín Mercedes Steps Away From Baseball: 'It's Over' 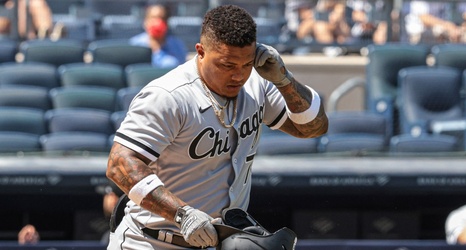 White Sox designated hitter Yermín Mercedes, one of the breakout stories of the 2021 season's first month, announced that he's stepping away from baseball "for a while" in an Instagram post on Wednesday.

Mercedes, 28, was demoted to the Triple-A Charlotte Knights earlier this month after hitting just .150/.220/.196 since May 19. He batted a stellar .309/.377/.655 with four home runs in 14 games since the demotion, but made a post on his Instagram story earlier Wednesday that made it seem like he was considering retirement. He was lifted for a pinch-hitter during the sixth inning of tonight's Knights game and appeared to confirm his plans in a post punctuated with, "It's over.