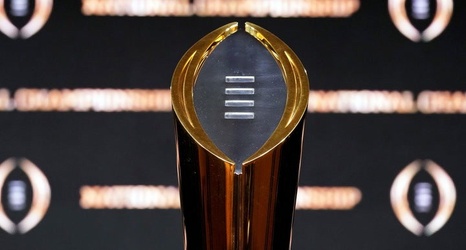 The College Football Playoff's four-team format has determined the national champion of college football for the last seven seasons. With news Thursday that the CFP committee is recommending expansion to 12 teams—potentially featuring the six highest-ranked conference champs as well as six at-large bids—the four highest-ranked conference champs would be seeded No. 1–4 and receive a first-round bye.

The remaining teams ranked No. 5–12 will play each other in the first round with home field advantage given to the higher-ranked team. It is not clear when the possibility of an expanded playoff—if approved by 11 presidents and chancellors who make up the CFP's board of managers—would begin, but the current CFP agreement runs through the 2025–26 season.