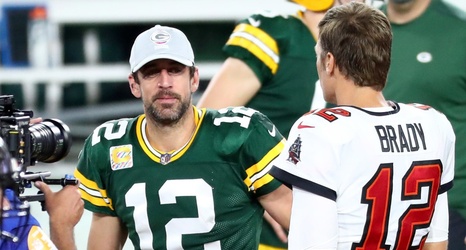 The NFL’s 2021 All-Pro team was announced on Friday, with Aaron Rodgers edging out Tom Brady for first-team with 34 votes to 16.

That voting breakdown should be very informative when it comes to the league MVP race.

While players from other positions, including Colts running back Jonathan Taylor, Rams receiver Cooper Kupp and Steelers linebacker T.J. Watt have been floated as MVP possibilities, Rodgers and Brady are widely seen as the two frontrunners for the award, with Rodgers currently a solid favorite to win it for the second straight year.

The 50 AP voters who vote for the All-Pro team also vote for MVP, a pretty clear indication that the award is Rodgers’s to lose at this point.