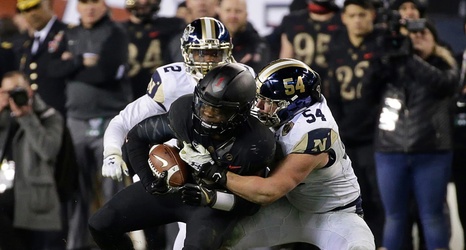 One of college football's most storied rivalry games has a new location in 2020 due to the COVID-19 pandemic.

The Army-Navy game has been moved from Philadelphia to Michie Stadium in West Point, NY on Dec. 12. Fans most likely won't be allowed into the game aside from the Brigade of Midshipmen and Corps of Cadets, according to a news release.

The game is typically hosted at the Eagles' Lincoln Financial Field in Philadelphia or at the Ravens' M&T Bank Stadium in Baltimore. But, because of attendance limits in the state of Pennsylvania, both the Brigade of Midshipmen and Corps of Cadets would not be able to attend the game, the schools jointly announced.