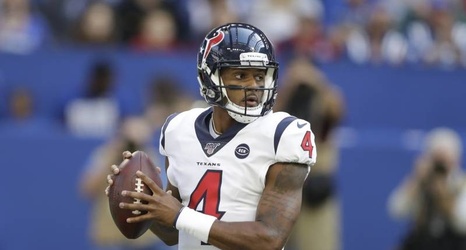 Week 8 of the 2019 NFL season is just around the corner, and once again, injuries and bye weeks will play a factor.

Fantasy stars Saquon Barkley and Evan Engram made their returns from injury in Week 7, but now Atlanta Falcons quarterback Matt Ryan is dealing with an ankle injury. New Orleans Saints running back Alvin Kamara (knee/ankle) may be out again as well—though he hasn't been ruled out yet, according to NFL Media's Ian Rapoport.

In addition, fantasy standouts Lamar Jackson, Ezekiel Elliott, Dak Prescott and Amari Cooper will be unavailable, as the Baltimore Ravens and Dallas Cowboys are on bye.