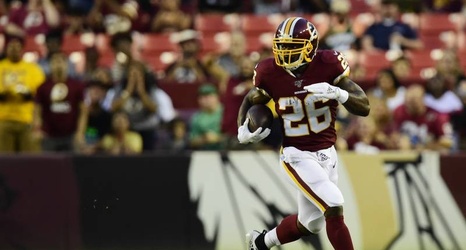 Adrian Peterson's shift from healthy scratch to primary ball-carrier makes him one of the most intriguing waiver-wire targets.

The 34-year-old was thrust into the fantasy football spotlight Monday, when it was revealed that Derrius Guice is probably going to be out for a few games, per NFL Network's Ian Rapoport.

At wide receiver, a pair of Week 1 standouts on AFC squads are worth going after, as their production could indicate a season-long increase in numbers.

Peterson's absence from Washington's Week 1 gameday squad was a bit baffling since he recorded a 1,000-yard season in 2018.