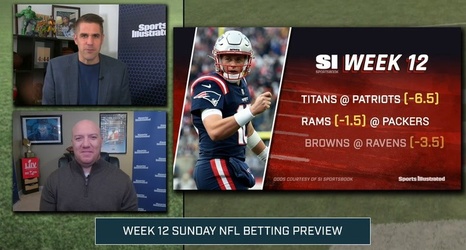 Sunday’s slate of games is lighter than usual with three games already played on Thanksgiving. The injury report did not shorten accordingly. Plenty of fantasy stars remain questionable or have already been ruled out for Week 12.

Quarterback is surprisingly healthy after a few weeks with top-tier passers missing time. And the running back position may get a boost this week with a few elite fantasy rushers due to return. Check the status of your fantasy players before kickoff below and set your lineup accordingly.

Patterson (ankle) “is feeling much better this week” but remains a true game-time decision for Sunday’s game against the Jaguars, according to a report from NFL Network’s Ian Rapoport.