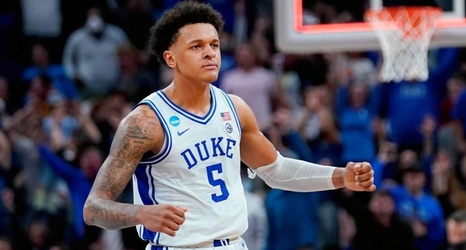 Duke’s NCAA tournament run will continue next Saturday in a matchup against either North Carolina or Saint Peter’s in the Final Four.

After toppling Arkansas in the Elite Eight, Blue Devils star Paolo Banchero was asked if he preferred a rematch against Duke’s most storied rival or a clash with this year’s Cinderella. The scene evoked memories of the standout’s now infamous answer in the ACC tournament semifinal when he said he wanted to face UNC again, only for the Blue Devils to lose to eventual champion Virginia Tech.

Perhaps sensing a bit of déjà vu, Banchero opted to play it safe rather than tempt fate and potentially jinx Duke’s next matchup.