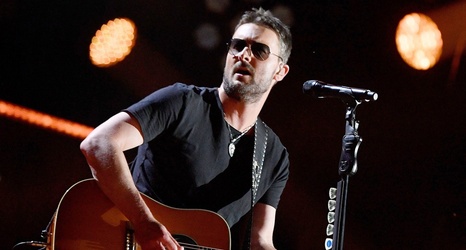 Eric Church and Jazmine Sullivan joined history on Sunday during Super Bowl LV as the first duet to sing "The Star Spangled Banner" at the Super Bowl in over a decade.

The last time this happened was in 2006 when the Queen of Soul Aretha Franklin and American vocalist Aaron Neville paired up to sing the anthem. Their performance exceeded 120 seconds as Franklin sang the last few notes.

However, the country music star and R&B singer finished at two minutes and 22 seconds.

Grammy-winning singer H.E.R. sang "America the Beautiful" while The Weeknd is set to perform during the halftime show in Tampa.