Watch: Derek Jeter Gets Hall of Fame Call Surrounded By His Family 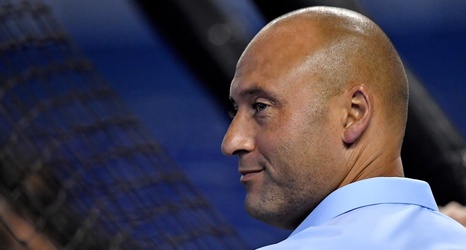 On Tuesday afternoon, Former New York Yankees captain Derek Jeter received a call from Jack O'Connell of the Baseball Writers' Association of America to inform him that he was elected to the 2020 Hall of Fame Class.

Jeter was joined by his wife, Hannah, his daughters and parents when the call came in.

Jeter came within one vote of being a unanimous pick and appeared on 396 of 397 ballots.