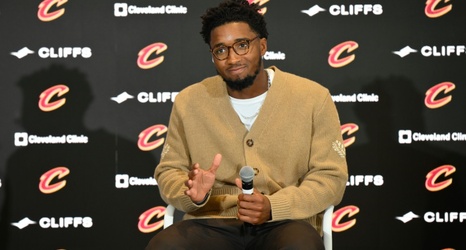 Before the Browns and Steelers battled it out on Thursday Night Football, one of Cleveland’s newest stars made a special appearance to kick off the latest chapter of the rivalry.

Three-time NBA All-Star Donovan Mitchell took in his first Browns game on Thursday as a member of the Cavaliers, who acquired him from the Jazz in a blockbuster deal earlier this month.

Mitchell, who’s certainly no stranger to the cold, appeared to be quite comfortable in his new home as the star guard dawned a pair of gloves, goggles and a baseball hat prior to participating in the Browns’ new pre-game tradition.