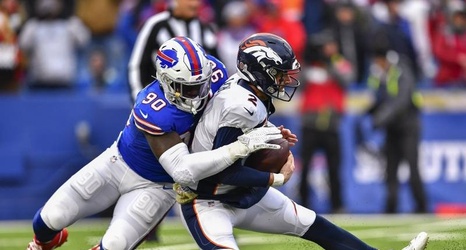 Lawson yelled at McGovern after Buffalo's 20-3 victory, urging his opponent to remember his name after he notched two sacks. As Thad Brown of WROC-TV in Rochester, New York, shared, Lawson said McGovern told him he didn't know who he was prior to the contest:

Shaq Lawson went OFF on Denver OL Connor McGovern on the field after the game. Shaq said McGovern told him he'd never heard of him.