Washington QB Kyle Allen: 'I'll Be Back Stronger, and Better' After Ankle Injury 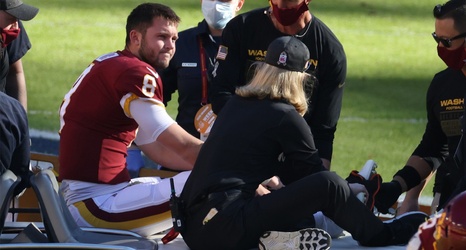 Washington Football Team quarterback Kyle Allen will miss the remainder of the season after dislocating his ankle Sunday vs. the Giants, according to NFL Network's Ian Rapoport.

According to The MMQB's Albert Breer, Allen has a dislocated ankle and a small chip in his ankle.