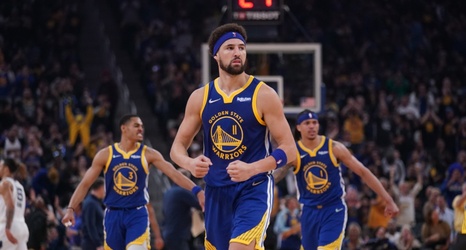 After an injury-plagued last couple of seasons, the Warriors looked like the championship team of old on Friday night, as they used a dominant offensive stretch in the fourth quarter to pull away from the Grizzlies, 110–96, to advance to the Western Conference Finals for the first time since 2019.

After the Grizzlies lost Ja Morant to a bone bruise in his knee at the end of Game 4, Memphis came out motivated in Game 5, blowing out Golden State and pulling the series to a 3–2 margin.

However, it’s never easy to go on the road in the playoffs, especially against a team with the championship pedigree of the Warriors.