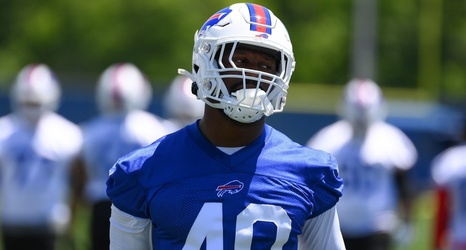 Von Miller already has established himself as one of the finest pass-rushers in NFL history.

He's racked up 115.5 career sacks on his way to eight Pro Bowl selections. Named to the Pro Football Hall of Fame's all-decade team for the 2010s, he's also a two-time Super Bowl champion.

Despite all those accomplishments, the 33-year-old Miller apparently wants to achieve much more. He signed a six-year contract potentially worth $120 million with the Buffalo Bills in March, and he recently told the Buffalo News that he intends to fulfill the entirety of the pact.