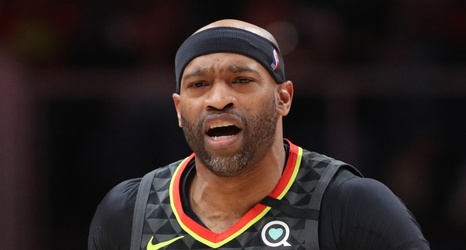 Former Hawks star Vince Carter’s home was burglarized on Sunday, per police records obtained by USA Today. Carter’s wife, Sondi, and their children were at the Atlanta home during the intrusion and hid in the closet.

It’s unclear where Vince was during the incident, but he later spoke to police over the phone.

The burglars ended up taking over $100,000 worth in cash from the Carter’s residence. Sondi called the police once she heard noises coming from other parts of the house.

“Ms. Carter stated that she took her sons and hid in their bedroom closet as she heard the unknown suspects gain entry into her home,” the report says, via USA Today.