Villain to Villain: Trae Young Has Caught the Attention of Reggie Miller 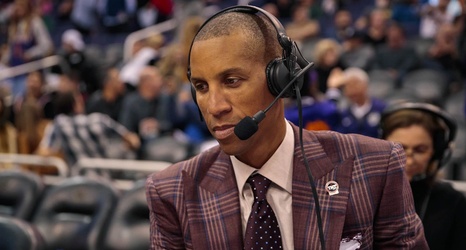 The story of this year’s NBA playoffs has been the ascent of Trae Young.

The 22-year-old has his Hawks three wins away from the NBA Finals. A trip to the Finals would mark the franchise’s first since John F. Kennedy was U.S. president in 1961 and the Hawks were located in St. Louis. The team has the second-longest finals drought in the league, but Young is poised to rewrite history, which has caught the attention of Basketball Hall of Famer Reggie Miler.

“People say Trae Young is borderline cocky, but I don’t mind that,” said Miller, who is teaming with the legendary Marv Albert on the TNT broadcast team for this series.