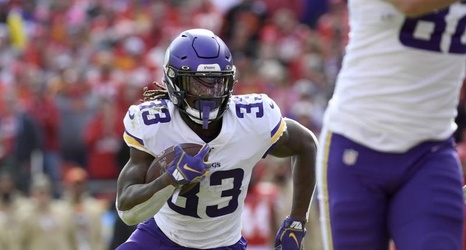 Sunday's crucial showdown between the Minnesota Vikings and Dallas Cowboys features an individual battle between two of the NFL's best running backs.

Talking to reporters about the matchup, Vikings star Dalvin Cook made it clear the game will be won at the line of scrimmage.

"I'm trying to go outrush [Ezekiel Elliott]," Cook said, "and I know he's trying to do the same thing. It all comes back to this game is going to be won in the trenches."

Both teams boast high-powered offenses and quarterbacks capable of putting up huge numbers in any given game.