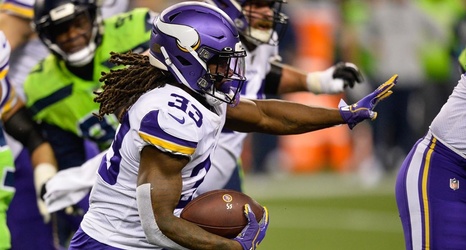 Heading into Monday Night Football, Vikings running back Dalvin Cook had already eclipsed the 1,000-yard rushing yard mark and had yet to miss a game this season. But against the Seahawks on Monday night, Cook, who played in only 15 games combined throughout his first two seasons in the NFL, exited midway through the third quarter with a shoulder injury.

The team announced that he is questionable to return.

The injury occurred with 8:56 to go in the third quarter when Saints defensive end Rasheem Green punched the football free of Cook’s grasp.