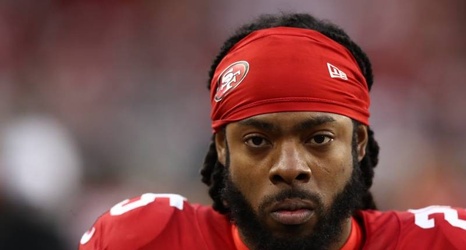 "They tried my baby once, but you won't get him twice," she said in an interview with ESPN's Josina Anderson following San Francisco's 37-20 win over the Green Bay Packers. "Best believe it."

Green Bay did beat Sherman once when Davante Adams spun him around and went deep. However, Sherman notched the game-clinching interception with the home team protecting a sizable lead in the fourth quarter.