Venus Williams: Tennis Media Will 'Never Light a Candle to Me' 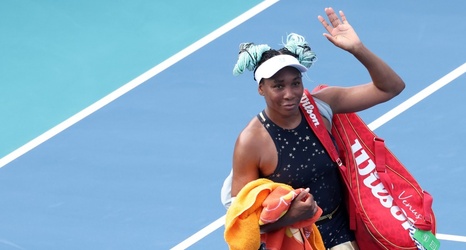 Naomi Osaka's decision to withdraw from the French Open has opened up a conversation regarding the relationship between tennis players and the press, and Osaka received support from Venus Williams on Tuesday.

Williams detailed how she handles scrutiny from the media following a first-round loss to Ekaterina Alexandrova, noting that each member of the media will "never light a candle to me."

“For me personally how I deal with it was that I know every single person asking me a question can’t play as well as I can and never will,” Williams told reporters at Roland Garros.