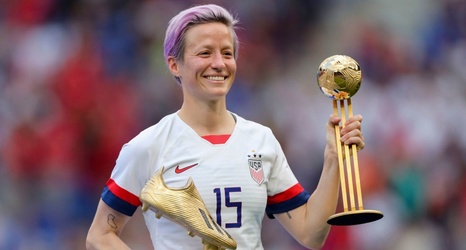 It was a memorable year for Rapinoe, who also won the Golden Boot (after scoring six goals) and the Golden Ball as the tournament's top scorer and best player.

Ada Hegerberg was the first ever woman to be awarded a Ballon d'Or last year, but her decision to miss this summer's World Cup as a form of protest for pay inequality in Norway, diminished her chances of repeating last year's win, despite her Champions League victory, in which she scored a hat trick and earning the record of the tournament's all-time scorer.