USWNT Responds to Sweden Draw With Emphatic Win vs. France 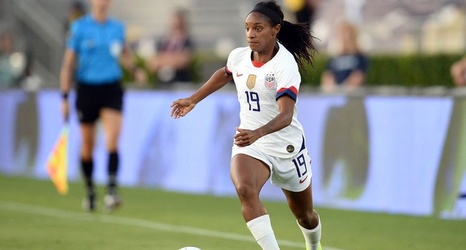 If the U.S. women's national team's draw vs. Sweden on Saturday uncovered some light cracks in the foundation, then Tuesday's response vs. France filled them right up.

Early goals from Megan Rapinoe and Alex Morgan sent the U.S. on its way to a 2-0 win at Stade Océane, where the Americans' unbeaten streak grew to 39 games in what was one of the final difficult tests prior to this summer's Olympics.

It was at that very stadium in Le Havre where the U.S. last lost, with France taking a 3–1 result in January 2019, but the response that manager Vlatko Andonovski was seeking after an admittedly subpar performance a few days ago was fierce.