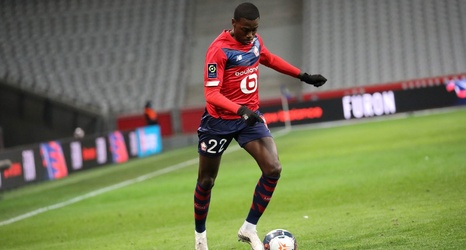 Tim Weah's go-ahead goal wound up being a consolation strike for Lille.

The U.S. men's national team forward had given his French side the lead vs. Ajax in the first leg of the Europa League's round of 32, but the Dutch power scored twice in the final minutes to take a 2-1 away win and control of the series.

Nevertheless, it was Weah who got the ball rolling, breaking the deadlock by pouncing onto a poor backpass from Nicolas Tagliafico and accurately firing into the back of the net with a first-time finish in the 72nd minute.