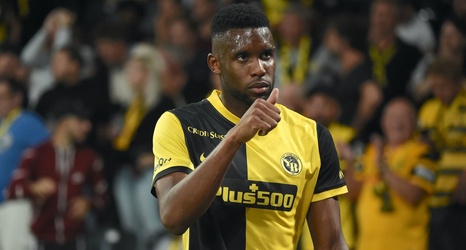 The U.S. men's national team forward, a halftime substitute, scored in the fifth minute of second-half stoppage time to deliver Young Boys a sensational 2–1 win over Man United to open group play on Tuesday. United, which was reduced to 10 men after an Aaron Wan-Bissaka, had led through a Ronaldo goal in the 13th minute, but it failed to build on that in enemy territory.

When it seemed like the sides would settle for a draw, an awful Jesse Lingard giveaway gift-wrapped a chance for Pefok, and he took it well to make a winner out of Young Boys and its coach, German-American David Wagner.