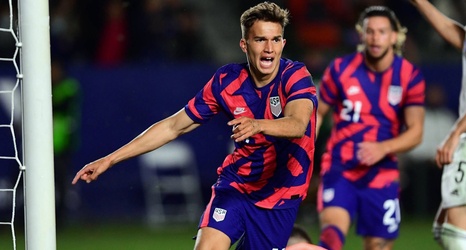 For six hectic and challenging months, the U.S. men’s national team played games of consequence—finals and qualifiers contested in packed stadiums or hostile environments that offered a shot at a regional title, or priceless progress on the road to the World Cup.

Then came Saturday night. In a rare and relatively quiet December friendly that served as an anticlimactic conclusion to a memorable year and a bridge to what’s expected to be another one, the Americans barely but deservedly defeated 10-man Bosnia-Herzegovina, 1–0, at the LA Galaxy’s Dignity Health Sports Park. U.S. coach Gregg Berhalter’s squad was stocked almost entirely with MLS players looking to stay fit during the domestic offseason, while 61st-ranked Bosnia brought a collection of Premijer Liga hopefuls and started eight international debutants.