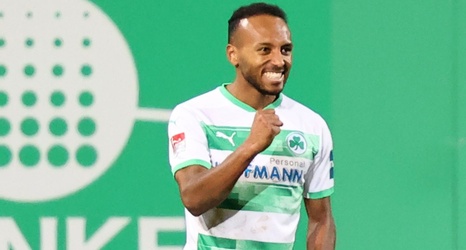 It's been over two years since Julian Green represented the U.S. men's national team, but he's doing what he can to get back on the radar.

The 25-year-old Green, playing in Germany's second tier for Greuther Furth, scored in a third straight game on Friday, helping keep the club in contention for automatic promotion to the Bundesliga.

Now in his fourth season with the club, Green, the former Bayern Munich product, has seven goals in 2. Bundesliga play and eight in all competitions. He's scored in four of his last six games, with the latest one putting the finishing touches on a 3-0 win over Erzgebirge Aue that provisionally lifts the club into third place–which would be good to take part in Germany's promotion playoff.