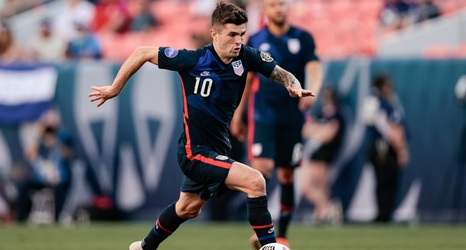 In yet another USA-Mexico title match, the rivals will face off in the inaugural Concacaf Nations League final at Empower Field at Mile High in Denver after facing tougher-than-expected tests in their respective semifinals.

The U.S. men's national team struggled to break through against a stubborn Honduras side Thursday, but second-half substitute Jordan Siebatcheu came to the rescue. Less than three months after making his USMNT debut, the 25-year-old scored his first international goal with his 89th-minute header to clinch a spot in the final.

Mexico seemed to have an even rougher time against a Costa Rica side that had won only once from its previous 14 matches entering the semifinal.