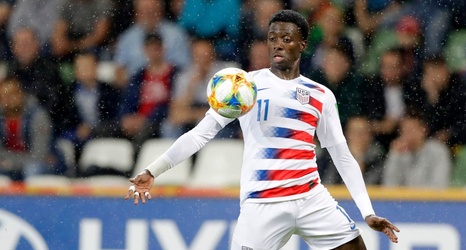 Injury luck has not been on Tim Weah's side this season.

After leaving PSG for Lille, Weah missed the bulk of the season so far with a hamstring injury before making his long-awaited return over the weekend. That return lasted but a few minutes, with Weah hurting his other hamstring and the club confirming another long layoff ahead.

It's a brutal setback for the 19-year-old son of former FIFA World Player of the Year and current Liberia president George Weah, who would be in the mix to be a core part of the U.S. Olympic team, should the men qualify for the first time since 2008.