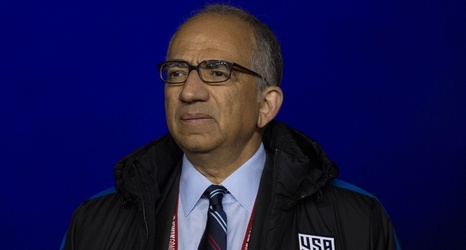 The U.S. Soccer Federation apologized after it contended in court documents that women on its national team had lesser responsibilities and physical abilities than their male counterparts, an assertion that drew widespread criticism and sparked a player protest.

The statement from USSF President Carlos Cordeiro on Wednesday night came after The Coca-Cola Co. denounced the federation for its stance. Cordeiro also announced a shake-up of the USSF legal team.

“On behalf of U.S. Soccer, I sincerely apologize for the offense and pain caused by language in this week’s court filing, which did not reflect the values of our federation or our tremendous admiration of our women’s national team,” the statement said.