U.S. Embassy Diplomats Were Able to Speak With Griner at Hearing 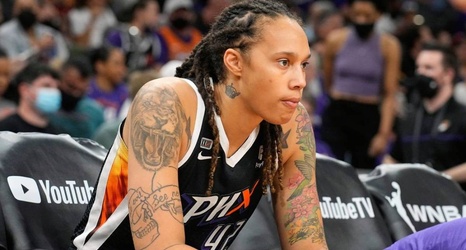 WNBA star Brittney Griner appeared in Russian court on Friday had 30 days added to her pretrial detainment on Friday. Griner has been detained since February after being arrested at an airport outside Moscow.

A United States Department of State spokesperson told The Washington Post that U.S. diplomats were able to talk to Griner during Friday’s hearing and that she is doing “as well as can be expected in these circumstances.”

U.S. President Joe Biden’s administration reclassified Griner’s arrest in Russia as a “wrongful detainment”, which added urgency to the United States’ efforts to negotiate with the Russians to bring Griner back to the States.