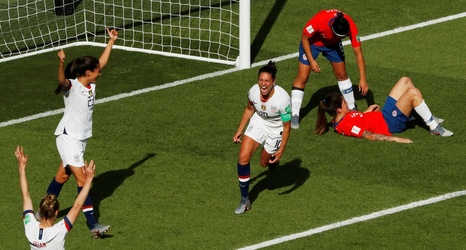 PARIS — Menacing and dominating a second straight opponent, the United States women’s national team advanced to the second round of the World Cup with a 3-0 victory against Chile on Sunday.

Carli Lloyd scored twice and Julie Ertz once for the Americans, who turned in their second straight comprehensive victory and ran their goal total to 18 for and none against through two matches in the tournament.

The victory, and Sweden’s earlier in the day against Thailand, ensured that both teams would advance to the knockout rounds. They will play one another for first place in Group F on Thursday in Le Havre.