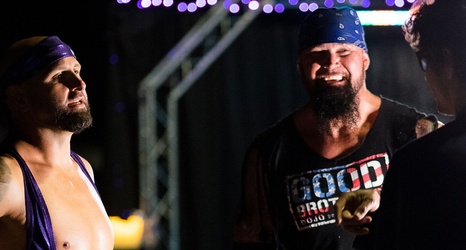 Talk N’ Shop A Mania returns to pay-per-view on Friday night for its sequel. Delivering new content and promising surprises that were not part of the original production in August, the show remains true to its over-the-top presentation of pro wrestling.

Doc Gallows, Karl Anderson and Rocky Romero are the Talk ‘N’ Shop executive producers, and they have once again put together a show unlike any other.

“We thought the first one was funny,” says Anderson, who is currently starring with Gallows in Impact Wrestling and reprises his role of Chad 2 Badd in Talk N’ Shop A Mania 2.