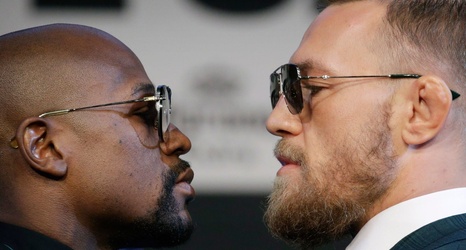 In that fight, Mayweather improved his career record to 50–0 with a 10th-round technical knockout against the UFC superstar in Las Vegas. Mayweather reportedly earned $275 million from the bout, while McGregor received $85 million, according to Forbes.

Naturally, many observers and fans have been clamoring for a rematch ever since, and pundits speculate that Mayweather-McGregor II could generate more than $1 billion.

Rumors of a rematch were stoked Tuesday with a report by The Sun, a British tabloid, citing an unnamed source that claimed a “deal is very close to being done.