Trevor Lawrence's Status for Showdown Against No. 4 Notre Dame Thrown Into Doubt 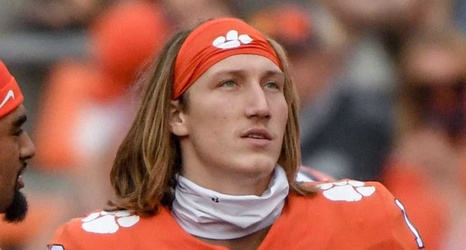 Trevor Lawrence had a hell of a summer.

He became the face of college football, if he wasn’t already. The Clemson quarterback spoke out about racial injustice, even releasing his own plan for change. He led the #WeWantToPlay movement, as hundreds of college football players expressed their desires to play this fall. He and his fiancée also started a GoFundMe page to help with COVID-19 relief efforts.