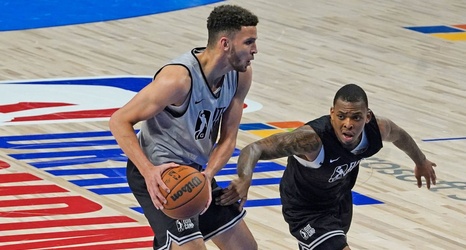 Keion Brooks Jr. may be in the transfer portal, but don’t ask him which schools are recruiting him. He doesn’t know.

“I couldn’t even tell you who’s recruiting me or who’s reaching out because I just let my parents handle it all,” Brooks told reporters Monday.

Brooks is one of six players at this year’s G League Elite Camp who is also in the transfer portal. A seventh, South Dakota State guard Baylor Scheierman, signed with Creighton in the days leading up to the camp. There are also three players who earned NBA draft combine invites who are still in the portal.