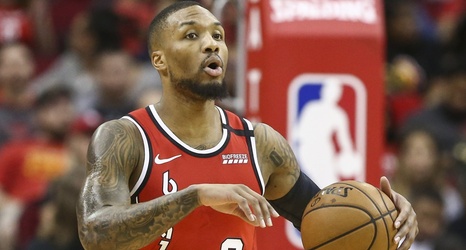 Trail Blazers star Damian Lillard will be one of three NBA players featured on the cover of NBA 2K21.

2K announced Tuesday that Lillard will serve as the cover star for the current-gen systems. He follows Lakers star Anthony Davis who was featured on last year's cover.

"I made it," Lillard told Stadium's Shams Charania. "To be able to join the line of players that's been on the cover of 2K, it's an honor.

Fans got a look at Lillard's cover when 2K released a video on Twitter teasing "Everything is Dame.