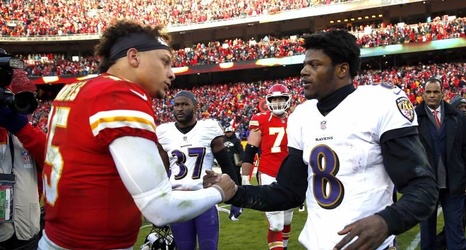 Later this month, the NFL will add hundreds of fresh young players, some of whom will immediately or eventually become stars.

We've come up with a countdown of the 25 best NFL players who have yet to turn 25 as of April 10—one that includes six running backs, four quarterbacks, four wide receivers, three edge defenders, three defensive backs, two offensive linemen, a tight end, a defensive tackle and an off-ball linebacker.

Altogether, 19 teams are represented on the list, including the Baltimore Ravens in a league-high three spots (the Pittsburgh Steelers, Cleveland Browns, Indianapolis Colts and Los Angeles Chargers also have multiple players listed).