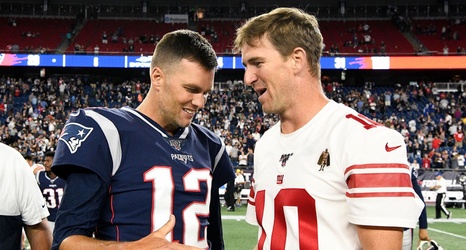 Eli Manning retired from the NFL on Friday, and of course, Tom Brady had something to say about it.

Shortly before Manning's retirement ceremony, Brady congratulated him on Twitter on his successful career but also joked about those two Super Bowls he lost to the Giants.

New York beat the Patriots in Super Bowl XLII in a shocking 17–14 upset. Four years later, Manning and the Giants bested New England again in Super Bowl XLVI to win their fourth championship in franchise history. Manning was selected as Super Bowl MVP in both games.

Manning was asked about Brady's tweet during his retirement press conference on Friday.