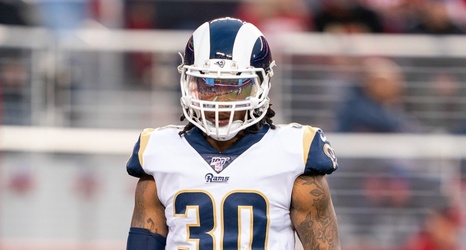 Weeks after Todd Gurley was released by the Los Angeles Rams, it appears the three-time Pro Bowler and 2017 NFL offensive player of the year has unfinished business with his former team.

Gurley tagged the Rams in a tweet Wednesday claiming the team was "past due" on its payment, and demanded to be paid "ASAP."

The Rams owed Gurley $7.55 million in a fully-guaranteed roster bonus on the third day of the league year. The team can offset some of the money owed based on Gurley's deal with the Falcons, whenever that becomes official.