Todd Bowles Confirms There Is No Timetable for Rob Gronkowski 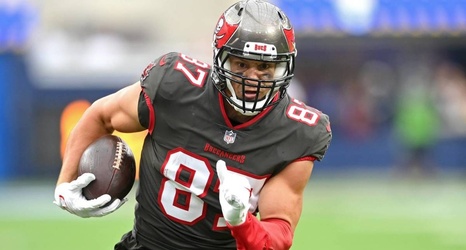 While Tom Brady is officially returning for the 2022 season, his best sidekick’s future is still up in the air. Rob Gronkowski has yet to decide whether he wants to play in the NFL this year.

So far, nothing has changed on Gronkowski’s front. Buccaneers coach Todd Bowles said things are “status quo” when it comes to Gronkowski’s future with the team. Bowles mentioned there is not a timetable on when to expect the tight end to make a decision.

Gronkowski retired once before, but returned to the NFL to play with Brady in Tampa Bay for the past two seasons.