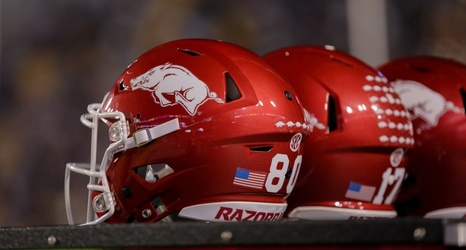 TJ Metcalf, the cousin of Seahawks wide receiver DK Metcalf, officially made his commitment to the Arkansas football program on Friday.

Metcalf, a Pinson Ala., native, became the 17th commit in the Razorbacks 2023 recruiting class. He made official visits to Arkansas on June 10 and Penn State on June 24 prior to choosing Arkansas.