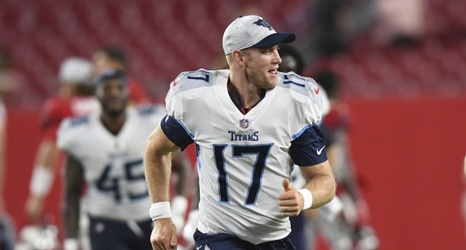 The Tennessee Titans announced Saturday that they have activated quarterback Ryan Tannehill from the reserve/COVID-19 list.

Per Chase Goodbread of NFL.com, Tennessee placed Tannehill there on Aug. 26. The signal-caller, who is vaccinated, needed two negative PCR tests separated by a 24-hour period to return, provided he was asymptomatic.

Tannehill ultimately spent nine days on the list, and he's now back in the mix one week ahead of his team's regular-season opener against the Arizona Cardinals on Sunday, September 12.