Tiger Woods Was Driving More Than 80 MPH at Time of Crash, No Citations Issued 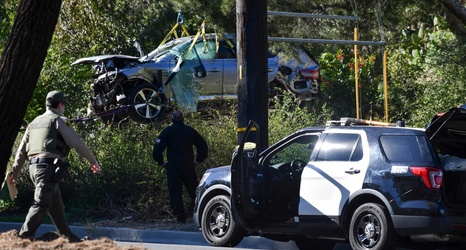 Tiger Woods was driving an estimated 84-87 mph in a 45-mph zone when he crashed his SUV on Feb. 23 in Rolling Hills Estates, Calif., Los Angeles County Sheriff Alex Villanueva said in a press conference on Wednesday.

The Los Angeles County Sheriff's Department (LASD) confirmed that the primary cause of the crash was driving at an unsafe speed, stating that the department did not have probable cause to conduct a sobriety test and did not issue a search warrant to access phone records to see if Woods was distracted.

"The primary causal factor for this traffic collision was driving at a speed unsafe for the road conditions and the inability to negotiate the curve of the roadway," Villanueva said.