Tiger Woods: 'I Would've Been Good to Go' for Masters 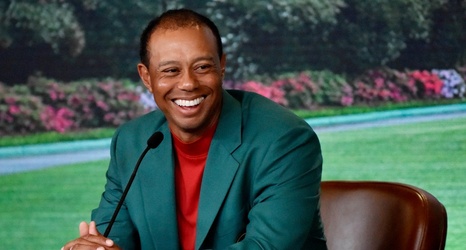 If the Masters would have taken place as scheduled, Tiger Woods says he would have been ready to compete.

In an interview with CBS broadcaster Jim Nantz on Sunday, Woods said that he was transforming into his "normal pre-major-championship self" this week. The Masters tournament was previously set to take place from April 9–12 but was postponed due to the coronavirus pandemic.

Woods has not competed since mid-February due to issues with his back. He participated in the Genesis Invitational, but then skipped the WGC-Mexico Championship, Arnold Palmer Invitational and Players Championship.